Klaus Waldeck, usually known by his stage name of Waldeck, is a Viennese former copyright lawyer and electronica musician.

Klaus Waldeck’s musical career began in Vienna, Austria when he started piano lessons at the age of six. When he was fifteen his music life was put on hold when he destroyed a Bechstein piano while rewiring it. Waldeck later went to law school (though his heart was still with music). He finished law school and became a copyright lawyer. Then he heard about a case that changed his focus from law back to music.

“It was during the time when George Harrison got sued for ripping off an old Motown tune,” Waldeck recounts, “I realised the way forward was to work a melody until it didn’t belong to anyone anymore.” He eventually stopped focusing on law altogether and concentrated on music. Soon after his decision to leave law completely he moved (along with all of his electronic music equipment) to England in 1992. While in London, he met his vocal counterparts, former Incognito and Moby singer Joy Malcolm and Brian Amos, who worked on projects such as Pressure Drop. In 1996, Waldeck returned to Vienna, Austria, and produced the Northern Lights EP, quickly gaining international attention through its biggest hit, Aquarius. A successful full length album, Balance of The Force, followed in 1998. Later that year, Balance of the Force – Remixed was released. Waldeck has produced a multitude of albums while still in Austria. Many of them are out of print and have become very scarce.

The out of print albums include The Night Garden Reflowered, Balance of the Force, Balance of the force Remixed, Northern lights, and This Isn’t Maybe. In 2001 Waldeck founded his own record label Dope Noir Records. Together with singer Valérie Sajdik, Waldeck also formed the group Saint Privat in 2004. Their first album Riviera was released in 2004, followed by Superflu in 2006. In 2007, Waldeck released the highly successful Ballroom Stories on which he’s featuring for the first time his new chief-chanteuse – the well known Austrian singer Zeebee. It is considered to be one of the most influental albums, and indeed was some kind of a prototype of the Electro Swing movement. In 2009 Waldeck produced Zeebees solo album Be my Sailor.

After a long break Waldeck released his Weatherman EP in 2015, which shifted the focus from Electro Swing to more Western-influenced music. Finally in 2016 Waldeck has released his album Gran Paradiso which Waldeck likes to label as „Spaghetti & Western“ productio. The language Waldeck chose for Gran Paradiso is Italian and Waldeck features for the first time the Viennese singer „la Heidi. Gran Paradiso is a hommage to the legendary Sound of Italo-Western Movies shot in the famous Cinecittà, – it also dwells on those sentimental moods of the famous italian canzone reflecting the time when the style of post-war italy became fashionable all over the world – but always keeps the ironic distance. 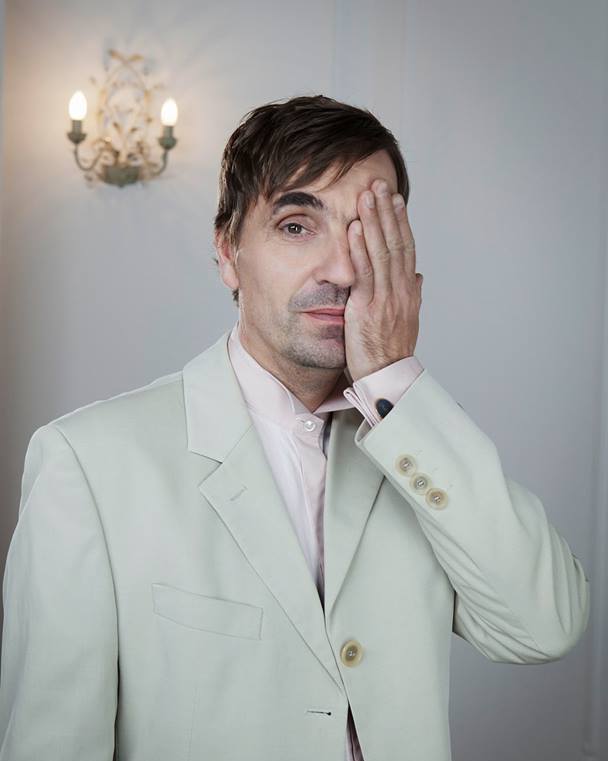